The Rock Box Record Store is a physical, real world independent record shop located in Camberley, Surrey since 1987. We are proud to be independent members of (and participants in) Record Store Day.

We stock new vinyl & CDs with an excellent selection of new releases and an extensive back catalogue across all genres. We also sell pre-loved Vinyl & CDs and buy in vinyl collections. 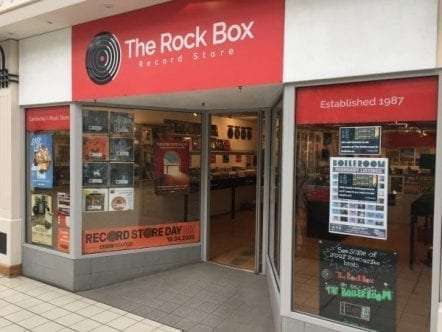 The History of The Rock Box

If you mention the town "Camberley", people in the music industry expect the next three words to be "The Rock Box". Founder Ken Dudley was an avid music collector whose break into the music industry came when a promoter at the local Farnborough Technical College asked him to undertake some fly-posting. Ken travelled all over the country a few weeks in advance of a band touring, putting up posters on walls and windows of any closed-down shops. It was an exciting job - illegal in fact, which meant that Ken had to spend a fair amount of time and energy dodging the police. He would dress as a painter to give the impression he was on his way to work and put up his posters in the early hours of the morning. Although the police pulled him in many times, he was only arrested twice and fined £20 for his first offence rising to £100 for the second.

Ken loved the work which brought him closer to the bands he loved. His favourites over the years included Iron Maiden, Hawkwind and the Groundhogs - the British blues band led by Tony McPhee, which he saw more than 30 times. One band which caused him an uncomfortable morning was the Sex Pistols. The band had appeared on TV the previous evening, being interviewed by Bill Grundy. The interview was the talk of the nation as Grundy had baited the band to swear and be as obnoxious as possible. Ken knew nothing of this as he had been at a gig the night before and was taken aback by all the abuse he was receiving from members of the public as he was putting up Pistols posters. How he now wishes he had kept some of those posters from that tour. It also pains him to think that he did not keep back any posters from the Led Zeppelin tours that he put up. Ken has stopped looking at eBay to see their worth today, as it upsets him so much.

In 1980, after purchasing a job lot of second-hand books, Ken took out a small unit in Aldershot market. After displaying the books, the unit still looked a bit threadbare, so Ken put out a few boxes of his own records. The records proved far more popular than the books and so he concentrated on selling vinyl. He opened his stall three days a week, combining it with the fly-posting work, eventually moving to Camberley - where the shop has since been based - to concentrate on selling music full-time.

Ken has a chuckle when telling me about the weekly visits he used to receive from what he christened The Biggest Waste of Time Buying Team. These were a group of four young women employed by a record promotion company to go into record shops and buy records that the sales rep had left free of charge, to hype them up the chart - a common practice for decades in the music industry. At the same time every week, the women would come in, each buying the same records. Ken was meant to enter the catalogue numbers of the records purchased into the Gallup machine on his counter which report the data back to Gallup to be used in the compiling of the charts in the pre-digital age. Ken was happy to take the free records, but never entered a single number in his machine. He laughs about the thousands of records he was given, and how he misses those weekly visits by the time-wasting team

In 2016 Ken decided to close the shop. He was so overwhelmed by the reaction of his customers, who were dismayed by the idea, that he decided to keep the shop going until he could find a buyer. In 2018 Mark Nightingale, a man who never forgot the days when he worked at Our Price Oxford bought the business. He is delighted to be back in the world of record retailing.

The full story of Rock Box appears in the book of "The Vinyl Revival and the Shops That Made It Happen" by Graham Jones. The book is available in store.

We are located within Camberley's shopping centre - The Square - on Obelisk Way. You can find us near Boots & Lloyds Bank. It is a short 5 minutes walk from Camberley Rail Station and the main bus stops on Pembroke Parkway to our door.

Give Us a Call 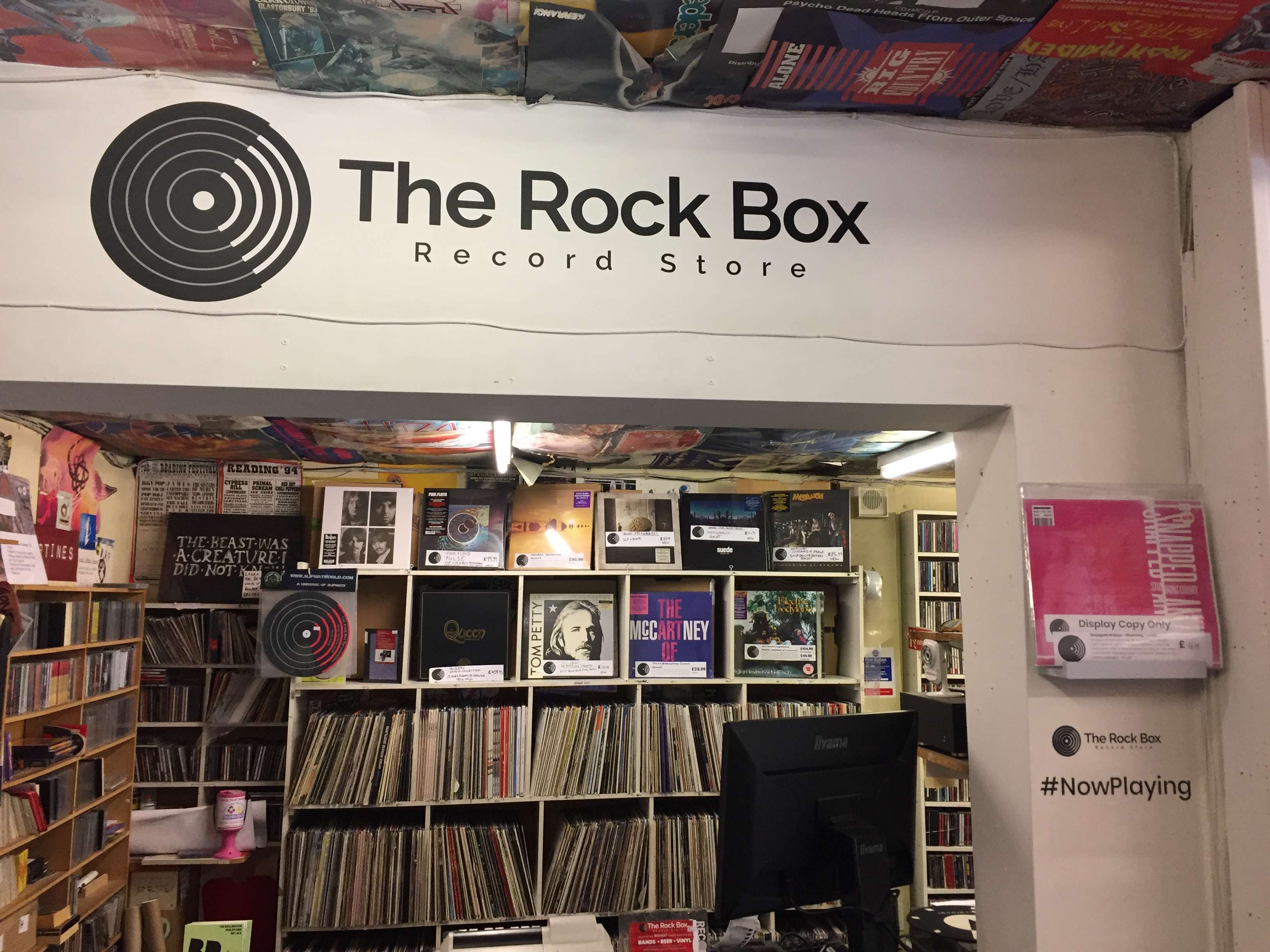 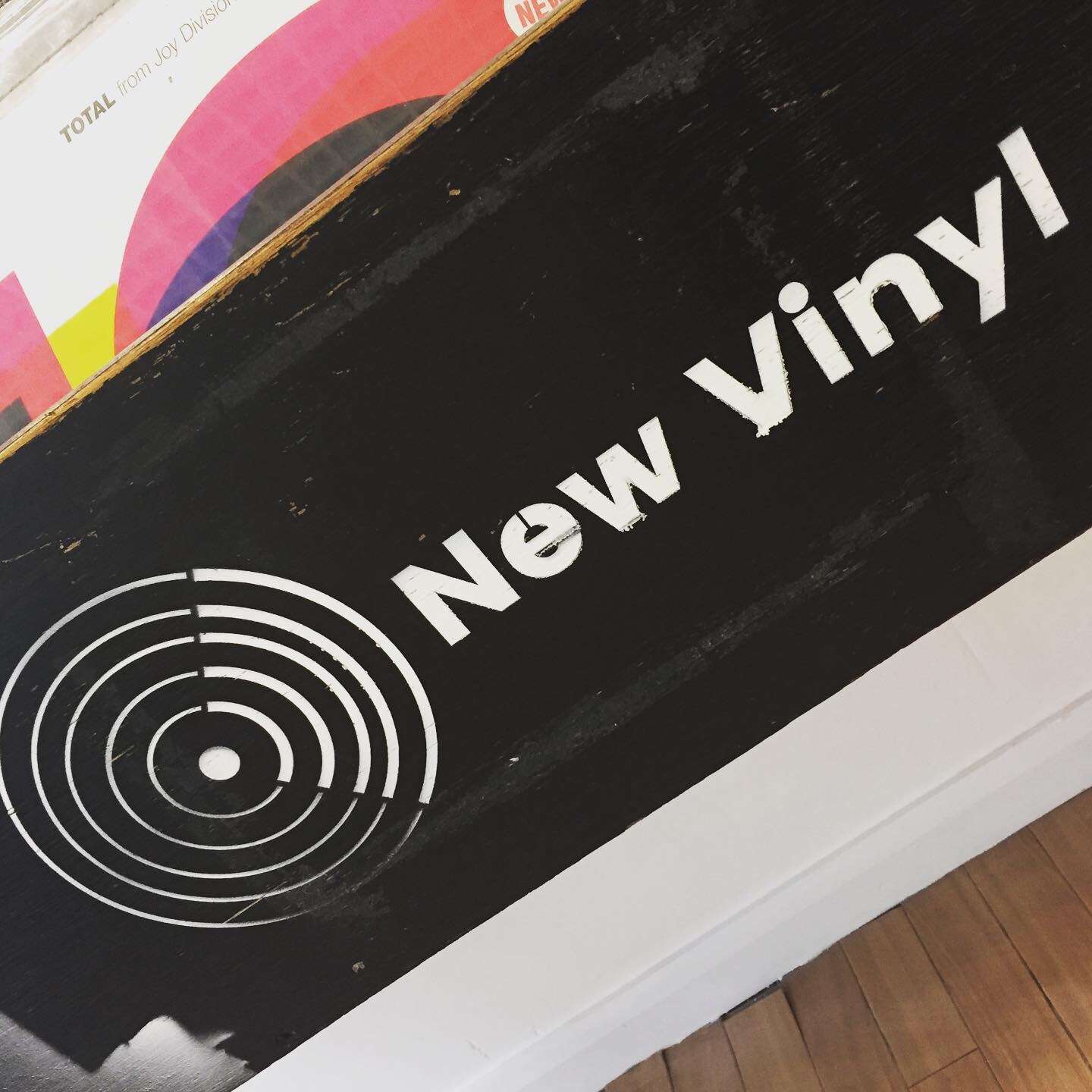 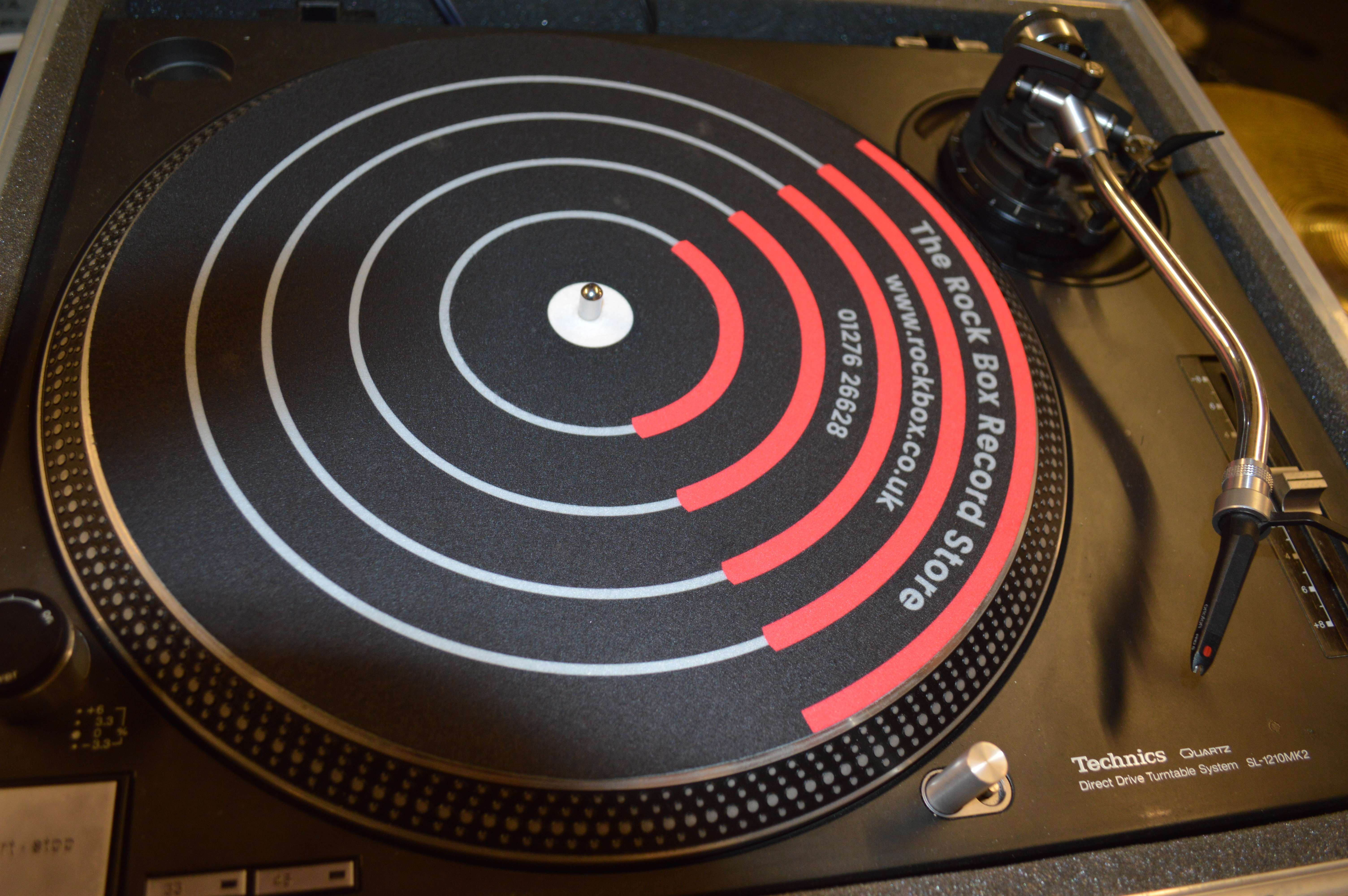 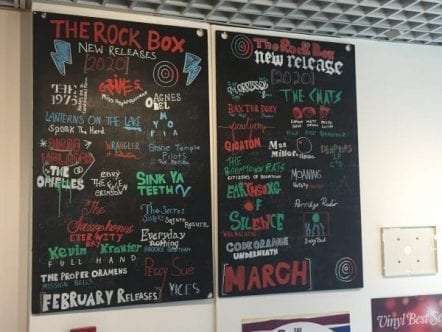